Rodney’s show and standing in the Australian entertainment scene is no accident. It is the result of a long, hard apprenticeship which he says “started a while a go”. From his first engagement playing guitar in an old time dance band at his local hall, to New Faces where he got his first big break, Rodney has survived the highs and the lows of the industry.

After his appearance on the New Faces, Rodney joined the Channel Nine Singers on the “In Melbourne Tonight” show which featured Graham Kennedy, Ugly Dave Grey, Bert Newton and other house hold names.  On the demise of the Tonight show Rodney teamed with Terry Gill to form Double Tempo, a duo which performed both on television and the cabaret circuit around Australia. After a variety of music hall, theatre and band work, Rodney embarked on his solo career.

He also joined one of Australia’s greatest comedians, Col Elliott, not only as his special guest but played the straight man to many of Col’s characters. The world of comedy added another string to bow, and the refreshing aspect of his routine is that it centres on good clean fun.  As a result of his rising popularity Rodney received requests to be the special guest for other entertainers such as Gloria Loring ( Days of Our Lives fame ), The four Kingsmen, The Delltones, Rolf Harris, The Platters, Freddie and the Dreamers and the list goes on.

A one night special guest performance with legendary rock’n’roller Gene Pitney lead to a personal invitation to be his guest on his last three Australian tours. Not only was Rodney honored to work with such a great international artist but received the rare opportunity to write and record a song with Gene Pitney called “What a Big Surprise”. The song has received as enormous amount of airplay and interest all around Australia.

Rodney Vincent’s reputation for being a genuine all round entertainer has been exemplified in recent years by the fact that he has a terrific following. This loyal following extends from small shows in community halls to any of the national “Big Time” venues, clubs and theatres.Rodney has served his apprenticeship, he is now an entertainer in his own right. 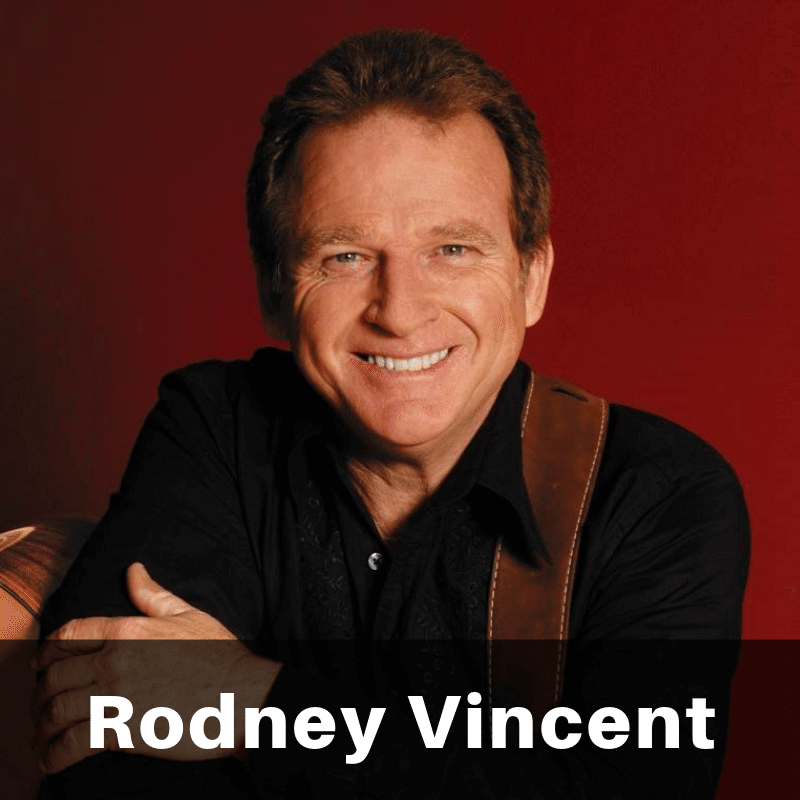