Not since the iconic Country band Twang Villa has there emerged a new powerful source of Country Music. Now, in the form of

The Steve Bartel Band, boasting two icons of the original Twang Villa, singer Steve Bartel and drummer Bernie Fenwick, having combined with the talents of Craig Stringer, Peter Brown, Wal Pawlik and Paul O’Bryan, there is a new sound in Country.

Playing a heady mix of foot stomping covers and original music they will keep you dancing with soaring ballads and kicking rock.

The members of the TSBB are no strangers to the performing world, with over 75 years combined experience. This includes playing in

numerous bands, session work to laidback duos. The chemistry that has evolved from these guys coming together is amazing.

Following on from the “Time Will Tell” album, ​Their Single, “So Go On”, released in late 2016 peaked at Number 3 on the Tasmanian Independent Top 30 Charts.

​The Band has had some great success with Nigel Jones and Tyga Fm’s Tasmanian Independent Country Music Top 30 Charts. 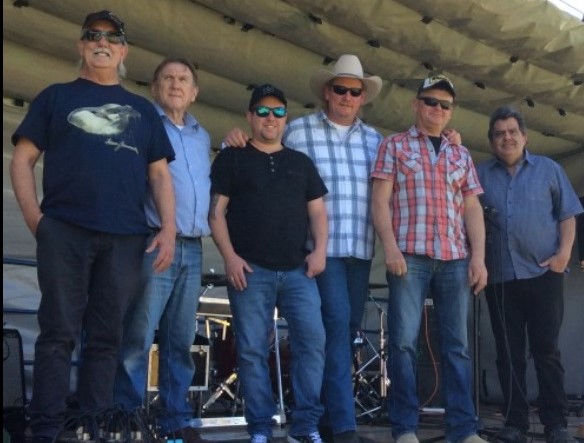 The Bailey Street Album shows the diverse influences of the band and covers everything from Country Rock, Rockabilly and laid back Ballads.

TSBB is a band that is driven by their passion for Country Music, and their unyielding desire to create and entertain.

It is that intensity that is captured every time The Steve Bartel Band steps on stage.